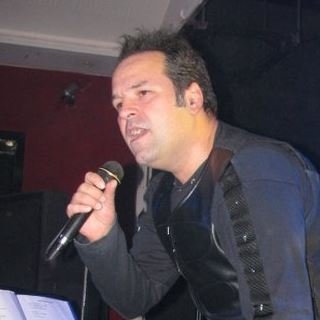 I was born in 1972 in Istanbul, Turkey. I studied high school at Robert College, where I started making music after taking advanced music lessons in 1990. My first term project was composing a song, and that’s how it all started. I especially like ’80s music and Synthpop bands like Depeche Mode and Erasure. The same year I started DJ’ing in school parties thanks to some records I bought on a visit to Germany. I continued DJ’ing and next year founded my band Chantage together with Kivanc Kutlumus. We played for over 20 years in well-known venues and pubs in Antalya and Istanbul, with a repertoire consisting of our songs, and favorite covers from the New Wave, Indie, Punk, SynthPop and New Romantics genres. I had the privilege to work with many talented musicians during that time including Nevzat Dogansoy, Hakan Ozer, Mert Koral, Nihat Ayar, Umut Caglar, Ali Saylan, Burak Kurumak, Kerem Corbacioglu, Deniz Gungor and Firat San. Following a positive review of our demo recording by Depeche Mode, we were elected as one of their support bands and backed up Depeche Mode in Kurucesme Arena, Istanbul in 2006. Recently I started my solo career as Tolgai, and released my first single Destination’s Calling in 2019, and my first album After All These Years in 2020. My goal is to make my listeners relive the spirit of the ’80s and early ’90s and have some time away from their daily troubles.